The Dylan concert is somewhat indicative of recent years of his music.Insipid albums, a mediocre band and a less-than-perfect voice. The exeuntÂ of Larry Campbell has left us a band with a tinny sound that cannotÂ reconstruct the music that Dylan has so brilliantly provided. It may have less to do with talented musicians than with a decision to restrain the music in order to accommodate the declining, somewhat frozen Dylan voice. 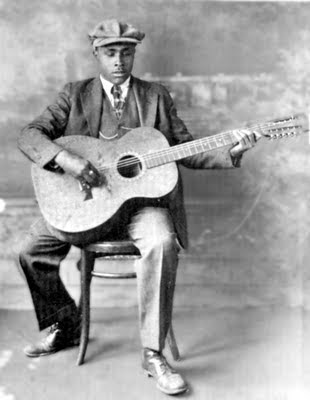 However, theÂ most significant singer-songwriter of the twentieth century does stick toÂ his set list as he tours so the audience can follow his songs from previous concerts. I used my iphone toÂ track his set list from Peoria and it worked. Since his lyrical expressionÂ is sometimes hard to fathom, having a pre-setlist is helpful. One of theÂ songs that resonated was â€œBlind Willie McTell.â€ That was the last song inÂ my eight-Dylan concerts that I so desperately wanted to hear. While leftÂ off of Infidels and relegated to near obscurity until its resurrectionÂ eight years later on The Bootleg Series vols 1-4, Dylan and his band wereÂ quite effective with the masterpiece.

Such genius which only occasionallyÂ marries with the sound these days, did evoke passion, commitment andÂ eloquence. Along with â€œHigh Water (Charley Patton),â€ Dylanâ€™s concert didÂ pay homage to the great blues musicians that influenced the MinnesotaÂ native in his early development. More so than Hank Williams and WoodyÂ Guthrie, it were African-American blues musicians that inspired theÂ emerging Dylan genius. While Woody rightfully was the persona that DylanÂ imitated and incorporated, it was the Mississippi Delta, the Carolinas and Georgia and the Texas Blues that drove Dylan from the Midwest to Greenwich Village.

The blues emerged in the 1890s and while not linear in origin, probably derived from field hollers, American Negro Spirituals and the oral tradition of enslaved persons and freed tenant farmers and sharecroppers. A distinctly African-American genre of music, it has greatly influenced such iconic performers as The Rolling Stones, Eric Clapton, Elvis Presley and of course Dylan.

IÂ had not heard My Morning Jacket before and consider them an outstandingÂ rock group. Of the three groups, Dylan, Wilco and MMJ that performed in this summer event, the latter, whoseÂ music I least prefer, was the most entertaining, exciting and successfulÂ in incorporating audience participation and engagement.

I teach a courseÂ on Dylan; I fully recognise his greatness and impact on twentieth centuryÂ music and history. He should if he wishes continue his never ending tour.Â It is a testimony to his fitness and energy that he is able to do so.