Posted on November 7, 2013 by Peter Kirstein

It is time to abolish professional football; it brings the worst out of the American character. The fan devotion to “home thuggery team,” is similar to support the troops in time of war. The presence of intense local devotion or patriotism is an emotion that is quite provincial as is unvarnished nationalism: love of county is fine as long as it is not used as a vehicle for hatred of others. Football is an example military exercise. Unrestrained brutality as seen in the Miami Dolphins’s (given the we-are-one-of-them “Fins” nickname)Â racist locker room. The teams are dressed for mortal-concussive combat with faces covered like the old K.K.K. and helmeted a la soldiers in combat, although except for the Richie Incognitos of this world, most are not racist but emulate the hate the enemy motif. 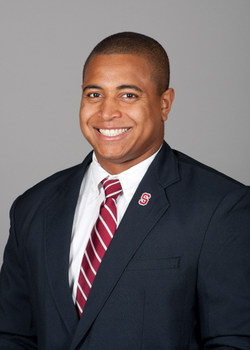 The savagery of football with dirty play, head butting, continuous injury, creates a fandom fantasy world of vicarious violence and domination. Fans adore, envy, worship these Incredible Hulks with their uniforms of distinction, their size, their skill, their BESTIALITY. We can’t be like them, the fan knows, but we can adopt them weekly as our killers who smite the enemy do things we can’t do and dare not do. They kill their opponents; they march into enemy territory; they cross into the red zone. The fanaticism of war and conquestÂ which is ingrained in the American character is “played out” on numerous fields of battles on Sundays, Monday nights and now Thursdays too.

The racist Incognito who is nothing but a gangster in uniform is of course defended by the Miami Dophins’s players for his abuse of Mr Jonathan Martin. The soldiers of Miami in their fox hole–but theirs are festooned with Ferraris and Dom Perignon champagne and free trips paid by first-year players to Vegas–defend the Incognitos because they are stronger, tougher, more manly, more brutish than the contemplative, educated and even more athletically gifted Mr Martin. This circle around the wagons syndrome by the Miami players is testimony to the odiousness of the sport and the implicit gang mentality of many of its players. What other group of athletes would defend the use of the N word that apparently was repeatedly directed at another player? What kind of persons, that the N.F.L. seems to attract in droves, would excuse abusive and disparaging behaviour including death threats against one of their teammates BY ANOTHER TEAMMATE.

The Dolphins claim Mr Martin, the Stanford football star, abandoned the code of silence by going public. He left the team due to years of abuse; he did NOT go public but his agent did. In any event, who should be defended in the spirit of soldierly solidarity? A bully, a sociopath with a history of violent abuse of teammates and other players who threatens to kill a teammate whose race he offends? Or a putative “weaker” player who does not over a two-year period gladly accept such hostility and cruelty; who came to play football not be the target of enemy abuse by another player who plays next to him on the offensive line.

Abolish the sport; move America to a more irenic path. End this nonsense of bullying, gangsterism, concussions, and unrestrained violence, once and for all and don’t tell us Mr Martin needed toughening up. The league needs to end its assault on American culture and in its stead a softening of the American popular culture from war, violence and racism to helping the “weaker” and “softening” the violent gene that permeates much of the American and football culture.

Oh: Dear football fan, do you like the name of “Redskins?” Maybe the K.K.K. analogy above was more apt than initially intended: if that is too provocative, then at least we can aver that the National Football League has a cultural diversity problem despite its ethnic composition.