The Arrogance of “Honour:” Dr Kuklo’s Awards and More on the Strange Defence By Dr K Dan Riew

Dr Timothy Kuklo, as has been previously reported, has had an article retracted from publication due to its falsification of research and falsely claiming joint authorship by forging the signatures of four non-participatory colleagues.

While an army surgeon stationed at Walter Reed Army Medical Center, Dr Kuklo was an emerging star in medical medicine. He rose to the rank of colonel and received numerous awards for his medical achievements during his tenure at Walter Reed.

Colonel Kuklo’s [ret] first award while an army surgeon at Walter Reed contained the citation as “best exemplifies commitment to patients…true sense of loyalty..to his fellow soldiers.” The second award as a physician at Walter Reed cited his wondrous qualities of “best exemplif[ying]…scholarship and dignity”:

1999: Major General Lewis A. Mologne Award, Walter Reed Army Medical Center. Presented to the physician in-training who best exemplifies commitment to patients and a true sense of loyalty to his country, the U.S. Army and his fellow soldiers.

Dr Kuklo received a third award from the Department of the Army:

Army “A” Designator – Awarded to physicians and surgeons who are nationally recognized for academic, clinical and surgical expertise, 2005

Order of Military Medical Merit – For exemplary contribution to the United States Medical Department, and the dedicated application of talent, effort and spirit, 2006. 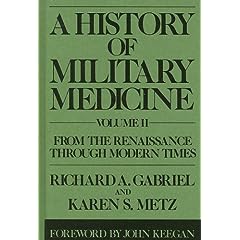 It probably should include those who defame the concept such as Colonel Kuklo.

While these numerous awards were conferred prior to his execrable, academic misconduct, it is remarkable that a decorated army officer would comport himself with such ignominy. Honours can be revoked. It happens frequently and perhaps Walter Reed Army Medical Center and other sponsors might consider the revocation of these awards to at least reestablish some linkage between perception and reality. The reality is Colonel Kuklo was a virtual Medtronic-corporation salesperson who was pursuing profit over loyalty to sick soldiers devastated by wounds.

This story was initially reported by the New York Times ,Â which received leaked information probably byÂ a person of conscienceÂ at Walter Reed, and subsequently byÂ the St Louis Post-Dispatch. The latter, as has been reported, contained a defence of Dr Kuklo by his esteemed colleague Dr K Daniel Riew. The defence ranged from vouching for the former colonel’s integrity, scholarship and even possibly excusing the forging of signatures. While Dr Riew conceded he did not know the full circumstances of the forgeries of four other SOLDIERS as putative authors or whether oral permission had been granted–it had not–he certainly implied that Dr Kuklo had done no wrong. I think Dr Riew should have explicitly indicated that he and Dr Kuklo had collaborated for many years on research projects and that he could not be objective in his assessment of Dr Kuklo.

One could argue that Dr Riew was serving as an ersatz character witness but upon examination, I am producing many specific items of collaboration that bring into question the degree of objectivity that Dr Riew lent to the Post’s article. Dr Riew is entitled to his opinion and I am not questioning that right nor his impressive credentials as a physician. It is, however, not unreasonable to question whether any prior research on Dr Kuklo’s lengthy resume was also falsified particularly when in the employ as a consultant for Medtronic.Â  I am, however, alleging Dr Riew’s objectivity in making his supportive statements was compromised by their prior association when all available evidence suggests that Dr Kuklo disgraced himself, the Washington University in St Louis School of Medicine and the medical profession in general.

It is noteworthy that Dr Riew and Dr Kuklo had professionally collaborated on at least seven published research projects dating back to 2002, several years prior to the colonel’s tenured appointment began in 2006–but presumably while a fellow–at the Washington University School of Medicine.

There are three book chapters that Drs Kuklo and Riew et al.Â wrote with Dr Riew as the lead investigator:

Colonel Kuklo published an article with falsified research and fake co-authors: “Recombinant human morphogenetic protein-2 for type grade III open segmental tibial fractures from combat injuries in Iraq,” Journal of Bone and Joint Surgery. Clearly under the spell as a peddler for Medtronic’s Infuse bone-growth product, the colonel was inventing his conclusions to lie about the supposed 92% efficacy of the protein-productÂ  in reestablishing bone growth in the smashed legs ofÂ Iraq War W.I.A. He made up data; he claimed to have patients that were a ghost population.

The article was published in August 2008 and then retracted by The Journal of Bone and Joint Surgery in March 2009. It is arguable that in those seven months, other orthopaedic surgeons or affiliated health professionals were influenced by the article and incorporated the product in their treatment of various fractures and other muscular-skeletal disorders that required bone restoration. A doctor’s primary mission is to do heal and do no harm. Dr Kuklo may have maliciously harmed soldiers in presenting illusory medical evidence that may have resulted in the WRONG treatment or less efficacious intervention on behalf of a patient.

This entry was posted in A: Kirstein Academic Freedom Case, Medical Ethics and Issues. Bookmark the permalink.