2500 K.I.A. Who Protects Those in Uniform? Do Veterans’ Organizations Have the Courage to Liberate Them From Iraq?

Now the number of American soldiers killed in Iraq is 2,500. American soldiers are in a war with no prospect of victory. Why subject them to a war that cannot be won militarily? How many will die for this fruitless cause?

Who are they defending? America cannot logically claim that our vital national security interests are affected by the outcome of this civil war. The Shi'a government is hardly worth the sacrifice and even Shi'a such as the followers of Moktada al-Sadr and partisans in his Mahdi Army protested the visit of Mr Bush in a massive anti-occupation march in Baghdad.

American soldiers and marines are victims. They have been brainwashed to do "their job" but a job must have a purpose, a rationale and a reason. They will continue to fight, to die, to sacrifice and who protects them and has the courage to remove them from theatre?

American prestige has been devastated by this war as a new Pew poll has indicated. Our country, our wars, our military, our role in the world has created an unprecedented resentment. Withdrawal might actually repair our image, enhance American prestige and direct the country in a direction that we can be proud of.

The military cannot do more than what is being asked. They should not be allowed to continue this tragic, immoral and fruitless war. The leaders of this country are war criminals and have no concept of the agony they are causing our military and for the relatives of the dead and wounded in Iraq.

It must be disheartening for a military person either in country or here to see today an NBC/Wall Street Journal poll that showed 53% of the American people believed the Iraq war should not have been fought.

I wonder why veterans' organizations such as the American Legion and Veterans of Foreign Wars have not denounced the war and demanded the safe return of our forces. Veterans' organizations claim they are not prowar but proAmerica in war. No, that is not enough. You need to be promilitary and that means when a war is becoming a gratuitous senseless orgy of death and paralysis for Americans in uniform, you need to save them and be a true patriot and demand the war cease. I simply cannot understand your defining patriotism as uncritical acceptance of any war. Your obligation is to protect the soldier, not serve as subalterns for civilian and senior military leadership who live in luxury, have aides and assistants, as the children burn in country. Those who are in the military should write these organizations and ask their assistance in demanding a new course of direction in Iraq. 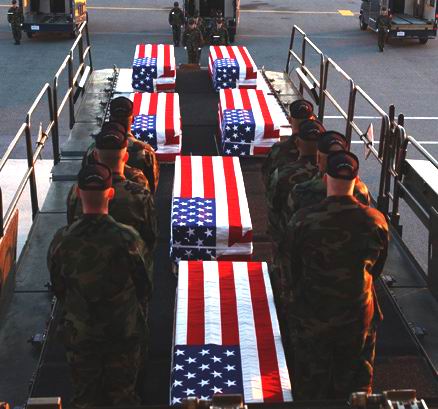 Who protects and supports the troops?