Kirstein to Speak on Zinn Legacy at College of Complexes

I will be speaking on July 10 at one of the more venerable “colleges” of community activism and free speech in the country.Â Since 1951 during the McCarthy Era, this Chicago-based labour, immigrant, diversity oriented group has sponsored weekly lectures at such venerable locations as Lincoln Restaurant, 4008 N. Lincoln Ave, Chicago at the intersection of Irving Park and Damen This is a link to their website. 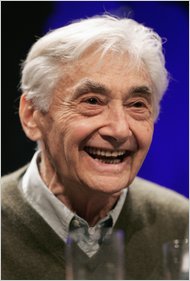 My lecture will be on “Remembering Howard Zinn: Giving Voice to the Voiceless.” Dr Howard Zinn, a historian who taught in the political science department at Boston University, was my advisor and professor at Boston University. His recent death on January 27, 2010 has reminded us of the need to perpetuate his ideas and mission to speak out for justice, to advocate a heightened awareness of the grandiosity of democratic socialism and to move toward a nation that cares about its people.

Here are some of their upcoming programmes. Note the eclecticism and diverse topics both from an ideological and topical dimension:

April 17
Ayn Rand: The Good, The Bad, and The Ugly

May 15
The “Awakened” Self – Inner Guidance Coach

May 22
“Personal Actions of an Intelligent Optimist to Save Our Planet!”

June 5
“Should People Be Allowed to Carry Handguns in Chicago?”.

June 12
The Electric Automobile We Almost Had, 350 Miles at 60 MPH Using a Standard Electric Socket, the Sad Story of the “Soft Flywheel”