It Gets Curioser and Curioser: The Journal of Bone and Joint Surgery and Current Kuklo Citations

A little review would be good here. Dr Timothy R Kuklo is a fraud. He published faked research in which he claimed his sponsor, the medical-device giant Medtronic, had released a product that healed shattered shins on Iraqi war injured. Even though Dr Kuklo is a spine specialist, but I won’t hold that against him, he claimed that Infuse, the Medtronic bone-fuse product was miraculously more effective than other bone-graft products in fusing shattered shin fractures. I do find it almost beyond belief that an Army officer lied and cooked the data off the crippled bodies of Iraq-war veterans in order to financially benefit in the pay-to-fake scheme.

Dr Kuklo received his M.D. from the University of ConnecticutÂ School of MedicineÂ and his J.D. from the Georgetown University Law Center. He was able to hoodwink the editor and theÂ article referees ofÂ The Journal of Bone and Joint Surgery in the United Kingdom that his data, conducted on gravely injured Iraq-war veterans, was efficacious until he faked the signatures of several putative Army doctorÂ co-authors. In any event, in March 2009, the article was retracted which basically means, the BritishÂ journal disavowed the publication and conceded it had published fraudulent research that was “doctored”–no pun intended. Dr Kuklo, a former colonel in the Army and West Point graduate, apparently did not learn much about ethics. 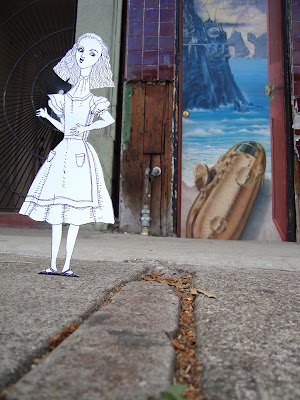 Â â€œCuriouser and curiouser!â€ Cried Alice (she was so much surprised, that for the moment she quite forgot how to speak good English).”

Dr Kuklo had previouslyÂ attempted to find a journal to accept his faked research that was excitingly titled, â€œRecombinant human morphogenetic protein-2 for type grade III open segmental tibial fractures from combat injuries in Iraq.” The New York Times in a June 5, 2009 report revealed that one of several journals that had rejected the paper was The Journal of Bone and Joint Surgery based in the United States. It rejected the article two months after its submission. These two journals with the same title accept orthopaedic-related research: one in the United Kingdom which published the article. The other, published in the United States, had previously rejected it. The two journals are not related and do not share editorial or organisational sponsorship.

Yet as I first reported, the American based-version of The Journal of Bone and Joint Surgery has published an article that utilises several studies by Dr Kuklo. The same journal that rejected Dr Kuklo’s article, that was later proven to be a fraud, now publishes a subsequent article that relies onÂ research by the same Dr Kuklo. I find it ironic that the journal had the prescience not to publish an article later found to be based on falsified data and yet knowingly publishes an article using earlier research from the now disgraced spine specialist.

I presume this newly released article, “Hospital Cost Analysis of Adolescent Idiopathic Scoliosis Correction Surgery in 125 Consecutive Cases,” 2010;92:1097-1104. doi:10.2106/JBJS.I.00879 Jonathan R. Kamerlink, MD1, Martin Quirno, MD1, Joshua D. Auerbach, MD2, Andrew H. Milby, BS3, Lynne Windsor, BS4, Laura Dean, BA1, Joseph W. Dryer, MD1, Thomas J. Errico, MD1 and Baron S. Lonner, MD1, was subjected to blind review in which readers, not knowing theÂ names of theÂ authors, read and submitted their evaluation to presumablyÂ the Journal’s new editor,Â  the orthopaedic surgeon, Vernon T. Tolo, M.D. He replaced Dr James D. Heckman on April 1, 2010Â who was the editor when it wisely rejected Dr Kuklo’s article. While the article may have been submitted before Dr Tolo became editor, it was published a good five to six weeks after his accession. In any case the referees of the article obviously saw the Kuklo citations and recommendedÂ publication or someÂ of the readers recommended publication or the editor in all likelihood would have rejected it.

Peer review journals receive unpublished papers that are submitted with the intent to publish. They are then sent to one or more readers or referees who are specialists in the field.Â It is called a “blind review” in that the readers are supposedly unaware of the identity of the investigators. They then independently send their summariesÂ to theÂ editor who makes the final call. Articles may be rejected, accepted outright or accepted conditionally if variousÂ revisions are made.

While I do not know if the specific articles cited in the Journal of Bone and Joint Surgery are equally tainted or flawed due to academic dishonesty on the part of Colonel Kuklo, I again aver that I am surprised that such apparent insouciance over the reputation of this physician would allow continuous citation of any article that carries his name. Particularly those published by specialised journals of orthopaedic spine and joint medicine.

Prior Blogging on Dr Timothy Kuklo: