The Murder of Osama Bin Laden Should be Condemned 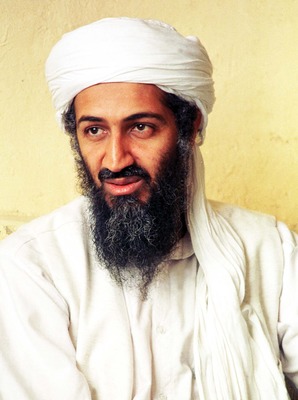 I condemn the killing on May 1, 2011 of Osama Bin Laden,Â his sonÂ and apparently innocent civiliansÂ in this raid. Note the usual lies from the military that a woman killed wasÂ â€œused as a shield by a male combatant.â€ I doubt it. It was likely murder pure and simple. Remember we killed Saddam Hussein’s grandson–in addition to his two sons–without justification. Osama Bin Laden’s killing was committed outside civilised norms and should bring war crime charges at the International Criminal Court against President Barack Hussein Obama. An individual suspected of war crimes or the violation of international humanitarian law, whether President Obama orÂ Sheikh Bin Laden,Â should be apprehended if possible, taken into custody, given the right of counsel and prosecuted.

This slaughter is simply lowering ourselves to the level of interstate terrorism that we claim to be the victim of. Note: his involvement in the September 11, 2001Â attacks merited upon conviction severe punishment of life in prison. The September 11 attacks were monstrous crimes that were uncivilised,Â indiscriminateÂ and ruthless. Yet as Mr Bin Laden stated, they resulted from our presence in Saudi Arabia, the nation with the two holiest sites in Islam; our egregious and inhumane support of Israel’s continued occupation of Palestine; and our attacks on Iraq during the George H. W. Bush administration. Mr Bin Laden also complained correctly about US support of despotic dictatorships in the region, many of which are pulverising and killing their own people during the Arab Spring.

The U.S. was complicit in the 9/11 attacks, not as a participant but due to its prior actions against MuslimsÂ in an ongoing conflict. The murder of Osama Bin Laden–who deserved upon conviction life in prison–does not eradicate that. The 9/11 attacks were shocking but part of an preexisiting war between the United States and elements of Islam. Mr Bin Laden once said in a collection of his speeches and addresses that I used in a class, that Al Qaeda did not attack Sweden. They were not interested in destroying the western value system and creating a so-called caliphate. The US was attacked due to our attacks on Islam and the subjugation of the Palestinians since their forced diaspora from their homeland in 1948.

President Obama should recognise that burying Osama Bin Laden at sea was a cynical recognition of his popularity and the fear that a decent burial on land would manifest itself into a shrine of reverential homage. The effort to blot out memory, to remove the past for the future could enhance the sense of martyrdom. I believe many will construe Mr Bin Laden and the way he was killed as a wrongful, arbitrary killing and confirmation that the US does not adhere to the laws of war and the right of national sovereignty when it invaded Pakistan, attacks an individual living in that country, and then throws the body into the ocean for the sharks to consume. Vigilante justice might precipitate revulsion and actually diminish the crimes he apparently committed with an act of savage killing. This mightÂ overshadow his putative role in the attacks in New York and Washington, D.C.

The death of Osama Bin Laden at the hands of unknown killers should not be celebrated but condemned. It should not be used as a blind to avoid the reexamination of our imperialistic, crusading actions against non-white peoples throughout the world and indeed should not mitigate our responsibilities to behave in a non-violent civilised manner in a world crying out for peace, bread and justice.