Manya Brachear, the Chicago Tribune religionÂ reporter,Â has written an extensive piece on the Saint Xavier UniversityÂ adjunct struggle to gain National Labor Relations Board jurisdiction in order to organise under the banner of the Illinois EducationÂ Association. Without it, they can’t organise. The NLRB is notÂ vicariously in an anti-clerical mannerÂ “trolling” through campuses to determine their religiosity: they are merely trying to support workers’ rights to organise. If their jurisdiction is not challenged, there is no “trolling.” When a college or university claims they are too religious to allow faculty collective bargaining, should the government merely take a university’s assertion at face value? No, in my humble opinion! 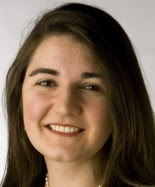 I thought during the New Deal with Section 7a of the National Recovery Act (eventually tossed out by the antilabour Supreme Court), the National Labor Relations Act and the Fair Labor Standards Act, that the rights of labour were secured. Yet the struggle continues throughout the United States as teacher collective bargaining rights are evsicerated, tenure eliminated, arbitrary firing of teachers escalates, seniority abandoned in the name of teacher qualityÂ and university faculties and graduate students increasinglyÂ frustrated in exercising their American right to unionise.

Colonel Robert McCormick, the longtime right wing owner and publisher of the Tribune is spinning in his first-infantry divisionÂ grave. First Ms Brachear’s article is very balanced. It does not have a right-wingÂ agenda. It includes prolabour and antilabour perspectives. It is sympathetic to the rights of adjuncts to organise that the antilabor colonel would never haveÂ countenanced. However, it extensively includes the views of the university president, Christine Wiseman and America’s ersatzÂ Congregation for the Doctrine of the Faith religious police, the homophobic, reactionaryÂ Cardinal Newman Society. Previous SXU presidents such as Judith DwyerÂ fought these extremist bigots that complained about staging the Vagina Monologues and inviting commencement speakers who incidentally believe women should have an option in becoming mothers. The Chicago Tribune article sustains my harsh condemnation of the Cardinal Newman Society whose President Patrick Reilly states that Catholic colleges and universities should be allowed to discriminate against homosexuals and determine an applicant’s sexual orientation during the hiring process.

The most economically vulnerable in our society, such as per-course adjunct instructors andÂ in every walk of life should be treated with the utmost respect and justice. University administrators, faculties, government officials, the “press”, religious communities should reach out and uplift those who are the most in need. In academia it is the adjuncts. As the great historianÂ Howard Zinn wrote:

The cry of the poor is not always just, but if you don’t listen to it, you will never know what justice is.