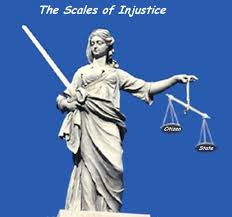 It is gratifying to see, even if somewhat belatedly that significant numbers of DePaul faculty are speaking out against this outrage of both the denial of tenure and the summary dismissal of Dr Norman G. Finkelstein during his terminal year.

This is the link to the blog.

The title of the DePaul Law School Posting is:

I would eliminate the question mark and recommend referencing several of the postings below in which there is demonstrable evidence that if a professor is denied tenure, she or he must be given a year’s notice prior to termination. The American Association of University Professors has consistently ruled that a unilateral “buy-out” or a “pay-off” with salary and benefits does not remove the burden of contract fulfillment by a university.

Both the denial of tenure to Dr Finkelstein and this arbitrary suspension are indicative of a university that caved into external pressure from Alan Dershowitz, Frankfurter Professor of Law at Harvard, was blinded by ideological and personal animus and believes that “at will” employees serve the interest of the university. The entire edifice of academic freedom and tenure is to prevent that: to enable students and the general public in the United States to benefit from an independent educational system that has been carefully erected over centuries. DePaul University and others must see themselves as guardians of a higher calling and not as defenders of a realm that is insulated from vigorous dialogue and progressive, humanistic pursuit of the truth.