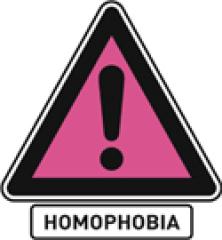 Peter Pace was the first marine corps general to be chair of the Joint Chiefs of Staff. Today he is gone and replaced by Navy Adm. Mike Mullen. I believe General Pace was a disgrace to the military and reflected un-American values. Gen. Pace wanted a second term as chair of the chiefs but Secretary of Defense Robert Gates wanted him out: he had rebuked him for his homophobic remarks but it probably was the result of a house cleaning from the Don Rumsfeld era and an effort to get a “fresh face” for the Iraq War Crime.Â  Yet Gen Pace was such a poor soldier, war planner and was not a gentleman despite being an officer.

Frequently he alluded to homosexuality as immoralÂ Â as if going to war against a defenceless country, destroying its cities, forcing millions into exile, killing 100,000s of non-combatants is moral and an appropriate way for a nation-state to conduct its external relations. I wonder if those gays who were killed in the immoral Iraq war or who have suffered life-altering wounds are considered “immoral” by this arm-chair general collecting an enormous pension.

The don’t ask, don’t tell policy of the military hardly reflects the so-called democratic values we are brainwashed into believing our “fighting men” are protecting.

African-Americans were either excluded from combat or segregated into separate units until after World War II. As they experienced Jim Crow and a vicious American apartheid system in the United States, they were serving in the armed forces and allegedly fighting for our wondrous democracy that was denied them at home. Gays and lesbians have always served in the military and General Pace should keep his homophobic views to himself. To think that homosexuals are separated from the service even if virginal and if they have not engaged in sexual activity is rank discrimination. “Don’t Ask, Don’t Tell” is discriminatory and should be removed.Â  While the military cannot inquire about one’s sexual orientation upon application, one is subject to dismissal if one’s sexual orientation is “discovered” to be gay after enlistment.

One should not be punished for who they are, but for conduct that may violate regulations. Peter Pace was unfit to serve in the United States military due to his fanatical bias against loyal. freedom-loving Americans who wished to serve in “his” military. Hopefully Admiral Mullen does not harbour and will not express such homophobic prejudice.

One does not have to endorse homosexuality or engage in that lifestyle to simply recognise that they should be treated with the same respect and have the same rights as others.