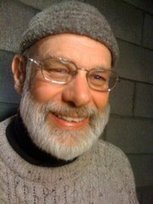 Joe Berry, renown labour organiser, author and advocate for theÂ academic proletariatÂ will serve as respondent to my paper, â€œTen Years On: The Kirstein Suspension Case, Shared Governance and Academic Freedom,â€ American Association of University Professors: Shared Governance Conference inÂ Washington, D.C., on October 27, 2012. Dr Berry has taught at many institutions such as the University of California at Berkeley and theÂ University of Illinois at Urbana-Champaign.

The paper will analyse one of the most controversial suspension cases of the 21st century which I did not invite and certainly did not anticipate. I am personally honoured that an academic, especially a contingent academic of his stature, is serving in this capacity. Dr Berry’s, Reclaiming the Ivory Tower: Organizing Adjuncts to Change Higher Education is a landmark work in exposing the side of academe that progressive, liberal institutions conveniently ignore. His search for the truth unmasked the hypocrisy of critical thinking in countless mission statements alongside a burgeoning industrial-reserve army of faculty without job security, health insurance, pension plans, an office or university e-mail accounts. Below is one of his many organisational creations or inspirations. I wrote a piece on adjunct labourÂ that was reprinted on AAUP Academe blog.