Posted on February 6, 2014 by Peter Kirstein

FOR IMMEDIATE RELEASE
February 6, 2014
The National Lawyers Guild and other Rights Groups Call on Universities to Protect Open Debate on Palestine/Israel 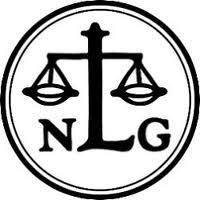 New York – The National Lawyers Guild and other organizations calling for human rights and for the rule of law in Palestine and Israel today urged academic institutions to reaffirm their commitment to free and open campus debate. The plea for free expression, including the right to call for human rights boycotts, was prompted by a series of repressive responses to the American Studies Associationâ€™s recent resolution to adopt a boycott against state-funded Israeli educational institutions. These institutions provide research and training used to maintain Israelâ€™s occupation of Palestinian territories.

Official discrimination against particular viewpoints violates longstanding First Amendment free speech rights. Administrative usurpation of a facultyâ€™s right to decide whether to maintain a departmental association with a scholarly association violates the core values of academic freedom that school officials claim to be defending. This includes the right to engage in prior debate before making a decision. Faculty are entitled to take public positions, individually and as associations, on matters of public concern. The severing of official ties with a scholarly association because it took a controversial position on a matter of public concern chills campus speech and debate. Beyond these constitutional violations, such actions undermine a schoolâ€™s responsibility to teach â€“ and model â€“ democratic decision-making and dissent.

The U.S. Supreme Court has repeatedly reaffirmed that â€œ[i]f there is any fixed star in our constitutional constellation, it is that no official, high or petty, can prescribe what shall be orthodox in politics, nationalism, religion, or other matters of opinion.â€ (West Virginia State Board of Ed. v. Barnette) {Ed: this extraordinary decision in 1943 during World War II prohibited states from requiring flag salutes in public schools. This was one of the few times that the Supreme Court during war did not add to the repression and persecution of those who oppose war and American militarism and terrorism.}

NLG President Azadeh Shahshahani said, â€œIn a hasty and intolerant official rush to dissociate themselves from the A.S.A. resolution, some colleges and universities are trampling this core free speech right and academic freedom itself, which they purport to defend.â€

Signatory organizations are the National Lawyers Guild, American Muslims for Palestine, the Center for Constitutional Rights, Jewish Voice for Peace, the National Students for Justice in Palestine, Palestine Solidarity Legal Support, the US Campaign to End the Israeli Occupation, The United States Palestinian Community Network, the Council on American-Islamic Relations â€“ California, and Al Awda-New York.