Prior Salaita Battles at Virginia Tech Against Thought Police 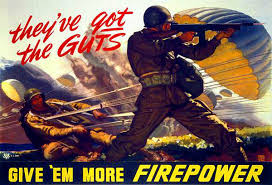 Need we parrot this mantra to keep our jobs and “defend” our freedoms?

Professor Steven Salaita prior to his egregious termination at the University of Illinois, was frequently subjected to public outrage for his daring rhetoric in challenging American imperialism and ethnic cleansing. Similar to my own experiences in failing to be sufficiently patriotic: support the troops, pro-military, pro-war; pro-empire; pro-Zionist etc.

The Roanoke Times, in one of the loveliest regions of the country where Hollins, Washington and Lee. and Virginia Tech are located,Â has frequently covered Professor Salaita’s battles against the censors. Tonia Moxley, a reporter for the Virginia paper, Roanoke Times, wasÂ interviewing me on the Salaita firing from the University of Illinois at Urbana-Champaign.Â In the middleÂ of our interview, she received a tweet from Salaita, claiming he was under a gag order SheÂ read it to me as we were talking on the phone. Yes, it is ironic that a reporter makes news in this manner!

After our conversation, I searched her prior articles on Professor Salaita and I am linking a very interesting piece here. She is obviously a very skilled and objective reporter. I find it interesting that Professor Salaita is the son of immigrants. His mother is from Nicaragua and father is from Jordan. He was born in Bluefield, West Virginia and raised in Bluefield, Virginia. How often does that occur? He graduated from Radford University, an institution that has several faculty I have known since either graduate school or previously at St. Xavier. His prolific scholarly oeuvre is well-known and need not be summarised here.

Professor Salaita is correct in debunking the notion of “supporting the troops.” I have frequently stated that such a slogan is nothing more than a diversion from the horror andÂ  bestiality of war. By personalizing war, not with the murdered or wounded, but with the sacrifice and heroism of our troops, it makes it more difficult to opposeÂ the actions of humans killing others. That is what war is: the human species turning on itself and killing its members. That is why Professor Salaita is apparently out of a job: for opposing THAT in Gaza!

Remember, our troops are not fighting for our freedom or liberty but for the imperial and financial gluttony of the ruling elites who benefit from war. Troops are not sacrificing themselves for your freedoms or mine, but for the shareholders of Boeing, theÂ shareholders of ExxonMobil and the global ambitions of the hyperpowerÂ in the United States. Our troops are pawns in the game of imperial detritus and merit our empathy, and understanding but not idolatry. To think that a person with his ethos and passion for social justice and anti-discriminatory practices would be subjected to endless abuse and discrimination, is sad commentary on the fragility of freedoms ranging from free speech to academic freedomÂ that we allegedly proclaim in the United States.