U of I Campus Faculty Association Resist Salaita Persecution 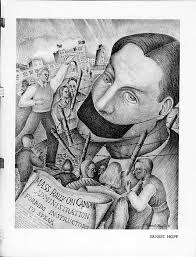 The University of Illinois at Urbana-Champaign Campus Faculty Association (C.F.A.) has responded to theÂ coordinated viewpoint cleansing and firing of Professor Steven G. Salaita, a tenured associate professor in the American Indian Studies Program. Yesterday, the chancellor and all the university’s top administrators issued coordinated statements to stop the hemorrhaging of the university’s reputation. Namely scholars in the United States and abroad are horrified at the cruel and arbitrary dismissal and firing of Professor Salaita.

What I find particularly disturbing is that both Chancellor Phyllis M.Â Wise and the follow-up letter of President Robert A. Easter and Chairperson of the Board of Trustees Christopher G. Kennedy rhetorically present carefully crafted innuendos in explaining why they would engage in viewpoint cleansing of a tenured faculty member, two weeks before his appointment would begin and ten months after he returnedÂ his contract.

They do not state specifically, or it should be assumed, university counsel won’t state directlyÂ that Professor Salaita was fired for his humanistic but provocative response to the mass killings of civilians in Gaza. They merely suggest that his tweets were not civil and contained statements unsuitable for polite discourse. This is mere obfuscation of the real reason: the professor criticised a foreign country, a nuclear power that was blasting away at a trapped civilian population in Gaza.

One does not have to concur with his analysis or hyperbolic language, but to destroy his career possibly and render him without income for hisÂ antiwar advocacyÂ and compassion forÂ innocent victims of war areÂ reflective of a lack of ethical humanism. One wouldÂ hope thatÂ Chancellor Wise and other officers of the university respect diversity of viewpointsÂ even if it contravenes the ideology of the powerful. Such toleration of both rhetorical flourishes and substantive analysis must prevail in a democratic society and especially on a campus of the stature of the University of IllinoisÂ .

Again, it was probably those University of Illinois lawyers who urged that inferences not directness prevail in this assault on shared governance in determining the composition of the professoriate. Lawyers in all likelihood suggested they not charge directlyÂ that Salaita would failÂ students with whom he disagrees or might offendÂ the delicate sensibilities of students who might not embrace every idea and opinion that is enunciated in class. Yet pusillanimous inferences and innuendos wereÂ clearly intended to damage the reputation of Professor Salaita and exculpate his viewpoint-cleansingÂ oppressors. ThisÂ egregious violation of academic freedom, due process, free speech, and professional treatment of an appointed colleague to the faculty cannot stand and should be construedÂ as a salvoÂ against free-thinking faculty.

This is the C.F.A. statement and I am honoured to be linked to a blog post. It is their courage, however,Â and their risk taking under this oppressive academic environment that should be lauded as they resist the illegitimate actions of the senior administrative officers of their university. They are not alone!

CHANCELLOR DECREES FACULTY AT ILLINOIS ARE SUBJECT TO CIVILITY TEST; TRUSTEES BACK HER TO THE HILT

Chancellor Wise broke her long silence on the Salaita case by launchingÂ a frontal assault on academic freedom and shared governance. HerÂ campus massmailÂ of August 22 seems perfectly reasonable at first reading â€“Â thisÂ campus is generallyÂ a friendly and cordial place, and who would want to change that? â€“ but what she actually asserts is alarming:

â€œWhat we cannot and will not tolerate at the University of Illinois are personal and disrespectful words or actions that demean and abuse either viewpoints themselves or those who express them.â€

Universities exist in order to investigate, challenge, and (when necessary) Â â€œdemean andÂ abuseâ€ viewpoints. But the Chancellor of the University of Illinois at Urbana-Champaign will not tolerate the utterance of words that demean â€œviewpointsâ€ if, in her sole judgment, those words are â€œpersonal and disrespectful.â€Â We are presumably nowÂ forbidden, for example, fromÂ bluntly disparaging the viewpoints of creationism or homophobia on this campus.

ThisÂ newly-invented civility test has been applied so far only to Steven Salaita, yet we must assume the Chancellor intends forÂ all faculty and staffÂ to be boundÂ byÂ herÂ decree. Further, her treatment of Salaita demonstrates that she sees no need for due process in such cases. Salaita was fired without the Chancellor even informing the directorÂ of the American Indian Studies Program in which he was to teach. The Chancellor seems to regard shared governance as an irritation to be discarded when convenient.

The Chancellorâ€™s statement is troubling also for non-tenure-track (NTT) faculty, who have littleÂ enough job security as it is, what with the administration refusing so far even to recognize their new union (CFA Local 6546). On the Chicago campus,Â faculty are protected by their union contract from the whims of administrators. But here,Â NTT faculty in particular now have to look over their shoulders and worry about their social mediaÂ posts â€“ for the Chancellor mightÂ decide that some future student couldÂ be uncomfortable aboutÂ comments made in the faculty memberâ€™s personal life.

TheÂ follow-up statementÂ byÂ the Board of Trustees and President Easter supporting the Chancellor (August 22) is just as bad. TheyÂ say â€œwe must constantly reinforce our expectation of a university community that values civility as much as scholarship.â€ Civility is pleasant enough, to be sure, butÂ scholarshipÂ justifiesÂ theÂ universityâ€™s existence. To rank the two as equally important betrays a sophomoric understanding of the institution that the Trustees and the PresidentÂ purport to lead.

Contact us now at <campusfacultyassoc@gmail.com> to join the movement for a tenure-stream faculty union â€“ and restore power toÂ the faculty.

contact: kirstein@sxu.edu I chair the American Association of University ProfessorsÂ Illinois Conference Committee A on Academic Freedom and Tenure that issued the first comprehensive statement on this matter.