Salaita Case and Board of Trustees Exceeding Authority 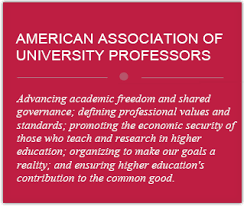 I allege that the Board of Trustees at the University of Illinois exceeded its statutory authority in denying Steven Salaita a promised appointment, that was virtually finalised ten months ago on October 9, 2013 with a signed-contract acceptance. The News-Gazette was the first under the Freedom of Information Act (F.O.I.A.) to release the Salaita Papers: the corpus of documents that was sent to the professor in October, 2013 and August, 2014.

Open the link to the PDF and scroll down to attachment three (3) titled:

There is an explicit statement on the limited role of the board and the process that is used to affirm job appointments at the university. It is clear the board is not empowered to examine teaching, scholarship or electronic communication on Twitter prior to its approval of the merits of a decision fromÂ lower units to proffer a contract. It is a rubber-stamp exercise, not an independent substantive assessment of whether an academic appointment merits approval. The following is explicit in delineatingÂ the University of Illinois Board’sÂ limited authority to countermandÂ a job offer:

1. Notification of Appointment from the Board of Trustees:

The University of Illinois Statutes (Article IX, Section 3.a.) provide that only the Board of TrusteesÂ has the authority to make formal appointments to the academic staff. New academic staff membersÂ will receive a formal Notification of Appointment from the Board once the hiring unit has receivedÂ back from the candidate all required documents, so the appointment can be processed. RequiredÂ forms normally include the electronic Employee Information form, the I-9, W-4, and theÂ Authorization for Deposit of Recurring Payments form. Other documents (i.e., resume/vitae, 3Â references, etc.) may be required and will be requested as appropriate by the unit. Some of theseÂ forms may be completed online through NESSIE. {Emphasis added}

The first sentence seems to have governed most “legal” discussion of the powers of the Board of Trustees. The second sentence, however, governsÂ the powers established in the first sentence. It is clearÂ that the powers granted to the board, asÂ established by the university, are limited. The board finalises the appointmentÂ once it receives the folder that contains required documents. This would presumably include the appointment letter of October 3, 2013. It would include the October 9, 2013 signature of Professor Salaita’s acceptance of the offer and other documents that are explicitly referencedÂ in the contract-offer packet. Note Â the words “will receive.” The submissionÂ of an academic appointment will be accepted and the candidate “will receive a formal notification of appointment,” once theÂ routine assemblage of documentation is received by the University of Illinois Board of Trustees.

There is no substantive conditionality: it is a promise of board acceptance, pending the submission of necessary documentation. There is no claim by Chancellor Phyllis M. Wise, President Robert A. Easter or Board Chairperson Christopher G. Kennedy that Professor Salaita or anyone else was derelict inÂ executing appropriate documentation relevant to the hiring process.

There is nothing I could find in any document that empowers the Board of Trustees, if it receives the proper documentation, to nullify a decision by a department, program andÂ in this case Brian Ross, interim dean of the College of Liberal Arts and Sciences. Dean Ross played by the rules and did his job. He considered the American Indian Studies program recommendation and acted positively and in an honourable manner accepted it. As anÂ administrator, it should be noted the recklessÂ U of I Board of TrusteesÂ also ignored and overrode his authority to confirm an appointment within the College of Liberal Arts and Sciences. The Board cannot nullify these actions basedÂ upon the procedural guidelines containedÂ in the General Terms of Employment for Academic Staff Members.

To addÂ to this cruel, cynical, if not academically lawless assault on Professor’s Salaita’s academic freedom and career, the Board of Trustees is injecting through its public pronouncements substantive arguments concerning the lack of Â allegedÂ civility in antiwarÂ Tweets concerning Israel’s military actionÂ in Gaza. The Board of Trustees is acting in an arbitrary mannerÂ beyond its powers. So those who argue that Salaita’s appointment was merely de facto and that the board has final approval, do not fully appreciate the limited authority that is vested in theÂ Board of Trustees when considering an academic appointment at theÂ University of Illinois atÂ Urbana-Champaign.

It is also quite probative that the board frequently meets after a semester has begun and after newÂ appointments of faculty members across the sprawling campus haveÂ commenced. This is further evidence that the board’s role in accepting final appointments of a position is a ritualistic exercise, conducted AFTER a semester begins and is limited to affirming that all paperwork as defined in the General Terms of Employment is in order.

When governing boards exceed their authority in this manner, it is a clear and present danger to shared governance, the primacy of the professoriate in determining theÂ appointments of future colleagues and the adherence to clearly articulated university documents on the procedures attendant to the hiring process.

Contact: Â kirstein@sxu.edu I am chair of the Illinois Conference Committee A on Academic Freedom and Tenure of the American Association of University Professors.