Christopher Kennedy: “We don’t want him “Salaita” at the university” 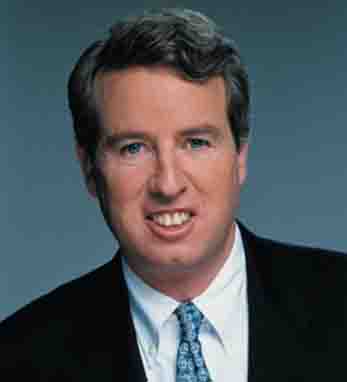 In an interview with the Chicago Tribune’sÂ Jodi Cohen, Christopher Kennedy, chair of the University of Illinois Board of Trustees, stated he was open to a financial settlement with Professor Steven G. Salaita. On August 1, 2014, the University of Illinois at Urbana-ChampaignÂ summarily dismissed himÂ without due process, without a written explanation of academic cause and without compensation.

Note the professor resigned a tenured positionÂ at Virginia Polytechnic Institute and State University, moved his family after his wife also quit her job and is fired without an explanation with a summary dismissalÂ two weeks before the semester was to begin. Yet Chair Kennedy,Â perhaps, reactingÂ toÂ the firestorm of criticism said:

“Our intention isn’t to hurt him financially,” Kennedy said. “We don’t like to see that. We are not trying to hurt the guy. We just don’t want him at the university.”

A) Mr Kennedy does not possess godlike authority. He does not speak for the entire university. He does not speak for faculty. The use of the word “we” is an arrogant assumption of authority that he cannot claim. It is not for him or hisÂ confrÃ¨res to declare arbitrarily whom they will permit to serveÂ as faculty membersÂ at the University of Illinois. That is not a power that he can arbitrarily enforce, and such a pronouncementÂ suggests an authoritarian demeanor that is contrary to the very notion of shared governance between faculty and administration.

B) Professor Salaita is not a “guy.” Dare I say one might consider such a reference to an abused academic as “uncivil!”: the new standard that the University of Illinois at Urbana-Champaign chancellor and board of trustees haveÂ inappropriately imposed upon the university when consideringÂ faculty appointments.Â He is a published scholar that was offered tenure at the rank of associate professor in the American Indian Studies Program. Professor Salaita is highly respected in his field and is not a “guy” that the chancellor or board of trustees can cast aside due to feckless caving to vested interests and organised e-mail campaigns from those wishing to suppress open inquiry on the Israeli/Palestinian conflict. He is a highly educated academician, an advocate for social justice, the marginalized, the occupied, and was hired according to the university’s own statutes. I have writtenÂ thatÂ the BOT, under Mr Kennedy’s charge, shamelessly exceeded its authority in reversing the contract proffer.

C) Mr Kennedy should do the right thing.Â He should not tryÂ to buy out a “guy” who was clearly treated in a manner that violates American Association of University Professors guidelines and has roiled and outraged much of the academicÂ communityÂ in this country. He should exercise leadership, commitment to due process and demonstrateÂ compassion in restoringÂ Steven Salaita to his position that was so abusively and irresponsiblyÂ taken from him.