I used to live in the Hyde Park area of Chicago, which is right on Lake Michigan. One early chilly, windy Sunday morning I was running south along Lake Shore Drive. LSD was to my right and I noticed occasional honking of cars when passing aÂ walker in front of me. As I approached the walker, I noticed it was Muhammad Ali. He woreÂ an overcoat with the collar turned up but no head covering. He was by himself and presumably expected greater solitude in hisÂ early dawn constitution. 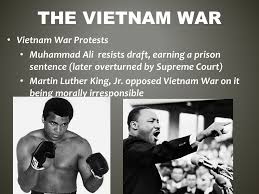 Stupefied, I stopped in my tracks and walked alongside him. We chatted about how he was doing and how much I admired him. He never looked at me but was friendly as I strolled with him. Cars continued to honk as they sped north on the outer drive. We then reached an overpass bridge and crossed that together.

This entry was posted in Diversity and Race, Religion. Bookmark the permalink.