The New York Times has reported that a former physician at Walter Reed Army Medical Center, Â Dr. Timothy R. Kuklo, falsified information, faked an article’s co-authorship by forging the names of other authors and basically sold out to the Minneapolis-based pharmaceutical giant Medtronic Inc. He claimed a bone-growth product, Infuse, had over 90% efficacy on Iraq War veterans with severe lower-limb damage.

The article was published in August 2008 and then withdrawn by The Journal of Bone and Joint Surgery in March 2009. The article had an exciting title which probably explains its relative obscurity–until now: “Recombinant human morphogenetic protein-2 for type grade III open segmental tibial fractures from combat injuries in Iraq.” 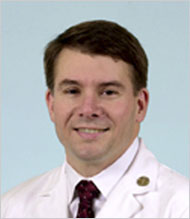 The minefields of corporate-funded research are evident. Paid researchers are frequently investigating the efficacy of a product which its manufacturer has funded. The corruption of academic medicine is likely to increase as the principal source of research funding comes from big pharma using its minions to push its products under the guise of science.

If Dr Kuklo, who is also a Georgetown University educated attorney with presumably some knowledge of the law,Â committed these acts it would constitute scholarly misconduct that would in my opinion merit dismissal. He is currently an associate professor in the distinguished Washington University School of Medicine and is a graduate of the University of Connecticut medical school.

However, the doctor must be given the rights afforded by the American Association of University Professors. He is entitled to have a faculty committee of his peers examine his work beyond those who have already investigated the article.

Any Washington University committee must be transparent and share all findings with the professor as well as provide him with all appropriate means of response.

If dismissed by the medical school, he need not be given severance or a year’s notice whether tenured or not because this would probably fall under the category of moral turpitude.

I have examined the A.A.U.P. documentÂ  “Academic Freedom in the Medical School,” and have found nothing that would justify Dr. Kuklo’s alleged egregious misconduct under the rubric of academic freedom.

We do not know what Washington University has done to explore this potential career-ending research misconduct incident. Two months later, Dr. Kuklo still appears on the university website and even lauded as one of its stars. Washington University, one of the nation’s premier institutions of higher learning, brags about this erstwile army surgeon as one of the nation’s Best Doctors. I think that claim about this orthopaedic surgeon should be removed, despite its provenance, pending the outcome of this most disturbing situation. Dr Kuklo graduated from West Point but apparently was not taught the virtues of honour, decency and compassion. To think this faculty member of a medical school would used combat-injured soldiers to falsify data to advance his career while being paid is beyond belief. I wonder if his treatment of his patients and the notes that he wrote were falsified as well in leading to early discharges or even misleading evaluation of a patient’s condition.

comments and information to Kirstein@sxu.edu