Marx, Engels and the Economic Crisis of American Capitalism

We need to assess the current crisis of American capitalism within the theoretical and revolutionary themes of Marx and Engels. The applicability of their theories to the issues of crisis, poverty, classism in America will be stressed. One would do well to consult classical documents such asÂ KarlÂ Marx,Â Das Kapital and Friedrich Engels, The Condition of the Working Class in England and, their stunning relevance to food stamp-dependent America, growing poverty and health-care crisis.Â

Europe has developed socialism to a much further extent than America. That in a word is why they are better than we are: better countries, better governments, better culture, better equalisation of conditions.Â Poverty in Europe does not lead to the destitution we see in the U.S. 12.5% are on food stamps; at least 15% are unemployed when one factors in both those looking for work (around 9.7%) and those who have been dissuaded after fruitless continuous efforts to seek work. The numbers of Americans who are working but at part-time labour with reduced hoursÂ are also on the rise. Medicare only covers those over 65 and is quite costly and inadequate in its coverage. When will the biglie of single-payer mythology of Medicare be exposed? Social Security is a band-aid approach to pension sustenance with 36,396,276 of the elderly living below the poverty level. 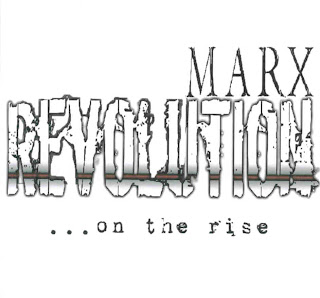 This situation of economic crisis is endemic to capitalism, plagues so many Americans and was predicted in the theories of Friedrich Engels, The Condition of the Working Class in England, and Karl Marx, Communist Manifesto (with Engels) and Das Kapital (1867,1885 and Kautsky edition). The irrational cycles of capitalism; its emphasis on profit; its emphasis on competition; its emphasis on limited state intervention in the economy as articulated in Adam Smith, Wealth of Nations; its emphasis on individual liberty at the expense of community are factors that explain, indeed reveal the sources of the current dysfunctional order.Â

We are witnessing non-violent resistance. Millions of Americans received subprime mortgages, even though many would have qualified for regular mortgages,Â but could not pay them as housing prices plummeted and unemployment through deindustrialisation and systemic fearÂ skyrocketed. The Wall Street titans in a frenetic effort to increase their productive forces–in this case not industrial modes of productionÂ but bizarre derivatives, credit default swapsÂ and Â mortgage-backed securities in order to increase their financial bottom lines–gambled that real estate prices would never decline but only increase. The soon to be homeless stopped paying their mortgages and ironically the edifice of capital began to crack. Such institutions as Lehman, Bear, Stearns, AIG, Goldman Sachs either liquidated or received from the Treasury and Federal Reserve hundreds of billions of USDÂ in bailouts in which much of it went as performance bonuses to the malefactors of great wealth. Yet a 1.6 trillion FY 2011 deficit looms over the American empire with no cuts in defence as the people starve and go without a future.Â  Yet wars remain andÂ nuclear weapons still remain the essential palliative to our maniacal sense of insecurity despite the vanilla rhetoric of President Obama.Â Â Â Â Â Â Â Â Â Â Â Â Â Â Â Â Â Â Â Â Â

Marx envisioned international capital as a very transient if revolutionary andÂ dominantÂ force. It gets richer off the backs of the poorâ€“try the 49 million without health insurance in the â€œwealthiest and most powerfulâ€ nation on Earth. It develops an international class of elite investmentÂ bankers, government officials, insurance companies and industrial tycoons. Yet it disappears as profit seekers act irrationally in producing moreÂ for diminishing consumer demand. The bourgeoisie goes bust and declines as Wall Street capitalists sink into the labour class on lead-weighted parachutes.Â

While Marx emphasised the growing poverty of industrial robber barons, his prescience in seeing the growing chasm between rich and poor, the growing gluttony of indulgence at the expense of the workers and the dialectical inevitability of the downfall of capital has achieved continuous relevance.