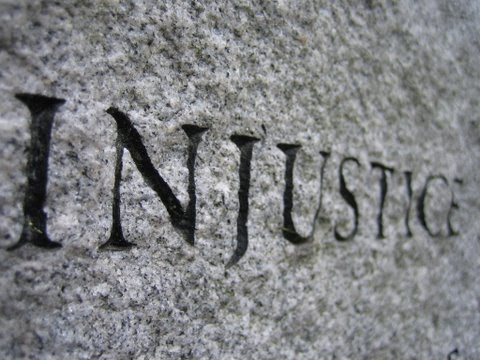 Professor Loretta Capeheart was supported by AAUP in her legal battles against retaliation byÂ  the administration of Northeastern Illinois University.Â  A merit salary increase that was earned was revoked. Her election as chairpersonÂ to the Justice Department was revoked. I would hope the administrationÂ saw even dismissively theÂ irony of denying “justice” to an elected chair of the Justice Department. Now the question looms–given the summary judgment against the NEIU professor, what next? I will be speaking at aÂ teach-in at NEIU on Tuesday April 26 on the sorry state of academic freedom in this country including the egregious injustice meted out by both university and the judicial system in Professor Capeheart’s case. DePaul University’s recent struggles with diversity and academic freedom violations will also be mentioned.

In Garcetti v Ceballos the shameless if not illegitimateÂ Supreme Court, that literally stole the 2000 presidential election from Democratic Vice President Al Gore, has basically ruled that public officials cannot criticise their employers. They can only address matters of public concern whatever that means in the police state of America! The 5-4 majority ruled that speaking as a citizen with First Amendment rights of free speech stops when an employee is speaking in the course of carrying out his or her public duties. Even if one observes and denounces illegal actions such as an improper search warrant, see Garcetti, she or he can face retaliation and punishment for voicing an objection. This decision was egregiously cited by the Capeheart-case judge as the right of virtual censorship, despite the decision’s non-mandatory application to university professors. Judge Blanche M.Â Manning aggressively imposed her subjective ideological bias against a United States citizen seeking relief. Not even a jury trial with her peers was allowed: another de facto evisceration of the Constitution which is silent concerning summary judgments that are summary executions of the Constitution when applied in this manner. Where are the Tea Party and right-wing strict constructionists denouncing a legal system where judges can determine when a case is worthy of a jury trial? True, one can appeal a summary judgment decision but the burden falls heavily on the complainantÂ daring to speak out against war, racism and administrative obloquy.

We cannot allow government employees to become silent and learn to shut up while taxpayer fundedÂ and we should deploy all available means of non-violent direct action to insist that Constitutional rights do not end at the employer entrance. Retired Justice David Souter’s dissent in Garcetti warned that this decision stripping public employees of their free-speech rights could encompass public-university professors who dare defy the canon or illegitimate-administrative authority.

“This ostensible domain beyond the pale of the First Amendment is spacious enough to include even the teaching of a public university professor, and I have to hope that today’s majority does not mean to imperil First Amendment protection of academic freedom in public colleges and universities, whose teachers necessarily speak and write “pursuant to . . . official duties.” See Grutter v. Bollinger, 539 U. S. 306, 329 (2003) (“We have long recognized that, given the important purpose of public education and the expansive freedoms of speech and thought associated with the university environment, universities occupy a special niche in our constitutional 439*439 tradition”); Keyishian v. Board of Regents of Univ. of State of N. Y., 385 U. S. 589, 603 (1967) (“Our Nation is deeply committed to safeguarding academic freedom, which is of transcendent value to all of us and not merely to the teachers concerned. That freedom is therefore a special concern of the First Amendment, which does not tolerate laws that cast a pall of orthodoxy over the classroom. `The vigilant protection of constitutional freedoms is nowhere more vital than in the community of American schools'” (quoting Shelton v. Tucker, 364 U. S. 479, 487 (1960))); Sweezy v. New Hampshire, 354 U. S. 234, 250 (1957) (a governmental enquiry into the contents of a scholar’s lectures at a state university “unquestionably was an invasion of [his] liberties in the areas of academic freedom and political expressionâ€”areas in which government should be extremely reticent to tread”).”

This is the world of Garcetti with the judical system fully arrayed against progressive faculty who dare engage in critical thinking. We are not a police state: yet inch by inch our liberties are being denied and post-secondary education is being silenced by “a pallÂ of orthodoxy.”