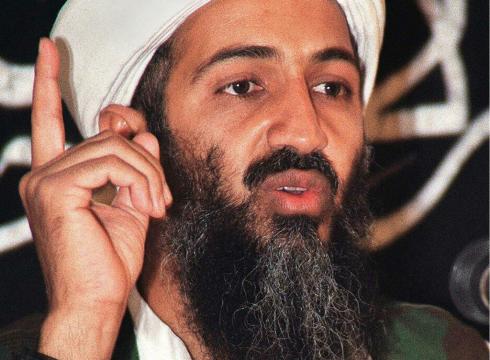 Update: My first post charging the US lied about women being used as human shields as the SEAL team assassins shot unarmed women in PakistanÂ is true. At least the allegation that women were used as shields was confirmed as untrue by The Washington Post. My suspicion that Usama Bin Laden was unresisting was also confirmed in that he was unarmed. This appears to be nothing more than a massacre: and for this we are jubilant and joyful? Shame on America and shame on the carnage perpetrated by the killers, the non-heroes of this butchery!

The United States has reiterated it doesÂ not kill unarmed, unresisting subjects and that Usama Bin Laden’s fate of death was not predetermined. Our history belies that as one witnesses Hiroshima, Nagasaki and 1000s of Afghan killed by eitherÂ B-29 strategic bombers orÂ robot planes!Â Obama administration “national security” officials have stated that the NavyÂ SEAL (sea air land)Â teamÂ was under orders toÂ capture or kill Mr Bin Laden. They are probably lying as wonderful role models for our youth who will grow up emulating such bestiality and arrogance. From all reports, the US assassins from SEAL Team 6, funded by the taxpayers,Â and theirÂ sponsors had a rather elaborate plan of murder and disposal of the remains. Body removed from Sheikh Bin Laden’s home; body placed on helicopter; body flown to an aircraft carrier USS Carl Vinson in the Arabian Sea. Was the ship in international waters or in violation of the Laws of the Seas conference on maritime sovereignty?

The ruthless imperialists did not address the legality of the positioning of the aircraft carrier or even consider that element in their world of might makes right and ruthless conquest. In any event, the body was allegedly washed and wrapped and tossed in the ocean within twenty-four hours supposedly with all due attention to Islamic burial prerogatives. I question whether a nation in war with Islam would indeed adhere to burial rituals or merely lie to create the impression of Qur’anic literalism: a prevarication to appease the Arab street and avoid recrimination against the armed occupiers of Islamic lands.

The reason I question the statements that capture was an option is the absence of any reported contingency plans in the event Mr Bin Laden’s life was notÂ terminated byÂ presumably mostlyÂ white-American assassins. Would he have been tortured, probably? We are the world’s leading superpower in that practice as we kill family members in their homes and waterboard them in C.I.A. concentration camps in third countries. Would he have been taken to theÂ death camp at GuantÃ¡namo Bay, Cuba: An enduring example of colonialism having stole this naval baseÂ following the rape of Cuba in the Spanish-American War of 1898 and maintaining possession despite its despicable acquisition after substituting American for Spanish colonialism on the island. What was the plan of handling Mr Bin Laden if he were not killed? The absence of any reporting on this suggests there was no Plan B. Just Plan A: take down and eliminate in an execution through home invasion.

It should be pointed out that Mr Bin Laden did serve a sentence of sorts. He was under virtual house arrest. He apparently never left the residence in Pakistan some sixty kilometres north of Islamabad. He could not use a telephone or a computer due to concerns of being discovered by the National Security Agency or other “intelligence” snooping arm of the hyperpower. We have a history of tolerating or even encouraging criminals placed under house arrest. Lieutenant William Calley, an American UBL, slaughtered hundreds of non-combatant women, children and men in My Lai in South Vietnam in 1968. This mass murderer was pardoned by another criminal, PresidentÂ Richard Milhous Nixon. He hadÂ served a relatively brief “sentence” of about three and a half yearsÂ under house arrest in the officers’ quartersÂ at Fort Benning in Georgia before his release. Perhaps Mr Bin Laden was under similarÂ de facto detention for an even longer period of time.

Yes he lived in comfort. Yes he lived in spacious environs but he was not free. I am not suggesting that was adequate punishment for his alleged involvement in 9/11. I say “alleged” because I believe in juridical processes of presumption of innocence. Sorry, even for non-whites andÂ even for non-citizens within our control or jurisdiction. I believe that is the civilised way of adjudicating and applying due process under theÂ American constitution,Â Geneva and Hague Conventions and the Nuremberg Principles. I am suggesting that Usama’s house-arrest confinement was not dissimilar to the fate ofÂ American criminals such as Lt. Calley and we lived with that. Hence justice did not require this type of targeted assassination that we have seen in the Palestine occupied territories and in Tripoli, Libya. Also do not forget inÂ the former Saigon on November 1, 1963 the Ngo Dinh Diem assassination.