An article with the ominous title, “Will Taxing Colleges Save Them?” appeared July 27, 2007 in the influential conservative magazine, FrontPageMag.com., Brooklyn College’s Mitchell Langbert alleges the following in an excerpt from his piece:

“Many educators admit openly that they contravene section 501(c)(3)â€™s rules about tax exemption. According to David Horowitzâ€™s The Professors, Professor Peter Kirstein, a history professor at Saint Xavier University in Chicago, has a website that states that â€œTeaching isâ€¦NOT a dispassionate, neutral pursuit of â€˜truth.â€™ It is advocacy and interpretation.â€ Professor Kirsteinâ€™s website claims that the CIA is a terrorist organization and recommends that the agency should be abolished. Yet, the IRS has not questioned the tax deductibility of the portion of the universityâ€™s exemption that goes to finance Professor Kirsteinâ€™s propagandizing*.” 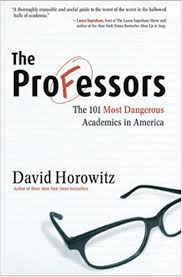 Of course Professor Langbert does not cite even one professor who makes that absurd claim. Before FrontPageMag.com starts using tax-exempt revocation threats to purge and silence progressive faculty, allow me to address the above quotations. I stand by the above statement on teaching and many academicians would support such a pedagogical raison d’etre. I do not believe pedagogy is based on neutrality and I do not subscribe to the absurd notion that the professor should be value free and eschew all opinions in the classroom. I believe teaching is a moral act; I believe teaching should pursue the truth and not ALL areas under scrutiny have two or more “sides.” Nor do I believe that a value-free classroom is an optimal teaching environment. I also state on my website that student opinions should be respected, encouraged and given all reasonable license. Indoctrination and proselytizing are inappropriate. However, not all student opinions are equally valid or persuasive and a professor may, or even has the duty, to question, engage and challenge, in a non-dogmatic manner, a student’s views. It is absurd to demand or expect a university professor to remain totally “objective” and refrain from expressing values and opinions. You will not hear me defend slavery or genocide for example and present “both sides.” You will not hear me argue against evolution when covering the Scopes Trial as a component of “balance.” Certainly, presenting different viewpoints is pedagogically desirable when appropriate and articulating diverse argumentation of a topic can be highly effective teaching.

With regard to the Central Intelligence Agency, no such statement exists on my website but I do not deny having expressed similar sentiments. Extraordinary renditions, kidnappings, torture, secret wars off the books, targeted assassinations, spying on Americans are egregious antidemocratic actions. The C.I.A. is a shadow government in which 40-60 billion dollars are spent in nefarious activities. Yes it should be abolished in the post-Cold War period as we attempt to demilitarise America and reduce its punishing assaults on international peace and security.

It is ironic that I am castigated for a condemnation of the C.I.A. as being a propagandist. Yet I did not see in Professor Langbert’s article any praise for an outstanding and dedicated career C.I.A. employee, Valerie Plame. She was outed in the I Lewis “Scooter” Libby scandal, although he was not convicted of the actual leak by Deputy Secretary of State Richard Armitage, in an effort to seek revenge against her husband Ambassador Joseph Wilson. I would think the outing and blowing the cover of a C.I.A. covert operative would be more disturbing to the author than a professor’s legitimate right of expression. One would assume the commutation of a sentence, even before imprisonment, of a felon and a liar who obstructed a governmental investigation of revealing the identity of a C.I.A. agent would cause greater outrage than what I might have written. However, the FrontPageMag author’s purpose is arguably to marginalise and silence professors with whom he does not agree. I would like to hear his interpretation or even assessment of what academic freedom means.

The article frequently stresses that anti-Semitism is inappropriate on a university campus and must be condemned. On that point, I could not agree more. It would be vile and reprehensible for anyone to exhibit such prejudice. I would also be equally condemnatory of anti-Islamic, homophobic, misogynistic and anti-African-American prejudice. What concerns me is that the charge of racial or ethnic prejudice not be used to silence unpopular research or points of view that are otherwise devoid of specific statements or actions that are racialist. Criticism of a nation’s actions in the realm of foreign policy or seeking a liberation of an oppressed people may be the direct opposite of racialism and instead reveal a desire for liberation and justice. Hate speech is one thing and must be challenged. Advocating opinions or taking positions on sensitive issues of foreign policy and international relations must proceed without attempting to derail them by unsubstantiated charges of bias and prejudice.

*Propaganda is an effort to distort the truth and is usually intended as a falsehood in order to marshal a public response or action. Strong opinions that can be defended with examples and evidence may not arrive at the truth, but do not constitute propaganda. The term is frequently used to marginalise ideas that are not shared by the accuser. I stand by the statements that appeared in Mr Horowitz’s magazine and book. I believe I have the right to articulate opinions on teaching and governmental spy agencies without coercion and threats of tax-exempt revocation for my university. Let competing ideas be debated in the marketplace without censorship or anti-democratic proscriptions of speech. Let us defend academic freedom not merely by word but by deed!