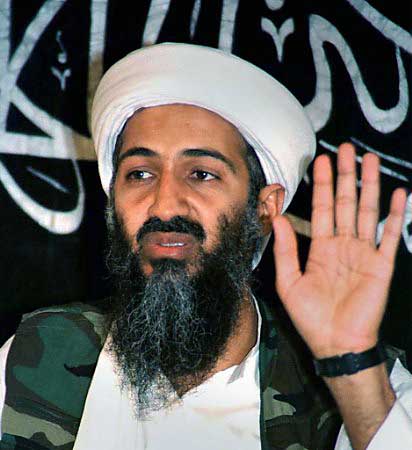 TheÂ SEAL team assassins invaded a third country on May 1,Â 2011Â and shot to death a man sleeping with his wife who tried to protect him, Usama Bin Laden. These courageous heroes wounded her as well with gunfire inÂ Abbottabad, a garrison town in Pakistan. President Barack Obama refused to release images of this barbaric, cowardly murder in Pakistan for fear it would arouse indignation and violentÂ revenge attacks. He said at the time, “we don’t need to spike the football.” Now facing a tough reelection fight, he is gloating about the murder and using it to portray former Governor Mitt Romney as soft on national security and reluctant to invade foreign nations and kill those who resist American genocide and imperialism. He is using an attack ad against former Governor Romney to gloat over the killing of Mr Bin Laden.

The Democrats, remember they were the primary war party in Vietnam (Truman, Kennedy, LBJ), are exploiting a reasonable statement that Mr Romney made questioning the expenditure of billions of dollars to assassinate Sheik Usama, and areÂ portraying him as weak on defence. This is so the Obama crowd can retain the perquisites of power and luxury for another four years. This is exactly what the GOP did during the Cold War and especially during McCarthyism: portray Democrats as either sympathetic to communism, supporters of appeasement and implicitly disloyal to the nation. The Democrats are sinking into the same mire of equating the desire to use force as demonstrating loyalty and devotion to country.

The Democrats perceive themselves as finally triumphant in the national-security politics arena. We killed Bin Laden; we use robotic aircraft to kill children, women and infants in the name of American vital interests: oops, they are collateral damage as we attrite Al Qaeda: a phantasmagorical organisation that was never a strategic threat to the United States in the first place. We are the defenders of American imperialism, they don’t put it like that, and the Republican party is pusillanimous. The politicisation of Bin Laden’s death is unseemly, appalling and an insult to American values and damaging to youth whoÂ are now entering into a concept of politics.

I have rarely criticised directly the president before. I gave him the maximum allowed under federal election law in 2008 and met and spoke to him alone at a fundraiser in Chicago. I was later on a conference call when he spoke at a rope line in New Hampshire during the campaign. Yet this time the hawkish, remorseless president has gone too far. Dr Martin Luther King JrÂ would have opposed such rhetoric, much less the action of assassination. He would have advocated mediation, communication, arrest, detention and due process of law. His campaing for freedom emphasised non-violent civil disobedience as so brilliantly articulated by action and speech. His denunciation of the Vietnam War at Riverside Church in 1967 was an epic narrative of the monstrosity of war and the need to stop all this killing.

Dr King while celebrating the election of an African-American president, I believe would if not publicly, privately feel a sense of revulsion that the cool president is behaving in such a reckless, immoral and cynical manner.

I cannot and will not voteÂ for a president who uses the death of a single person for personal ambition and enrichment. This is utterly at variance with the need for a progressive politics that deemphasises the need for war, geopolitical advantage, and the racist demonisation of Muslims.